The ACTS movement came to birth from the Cursillo Movement through the inspiration of the Holy Spirit, in the Archdiocese of San Antonio. ACTS started in 1987 at Our Lady of Perpetual Help in Selma, Texas, a small suburb of San Antonio. "...Three men who were formerly involved with Cursillo, Ed Courtney and Joe Hays of Our Lady of Perpetual Help Church in Selma, and Dr. Marty Sablik of St. Luke's Parish, met in the spring of 1987 at a local restaurant and discussed the possibilities of starting a retreat program that would concentrate more on parish life and community. The proposed retreat program was approved by Joe Hayes' pastor, Father Patrick Cronin, at our Lady of Perpetual Help, his pastoral council and Archbishop Patrick Flores. The men received the blessings to form a committee to develop a retreat weekend with a goal of having a men's retreat in July 1987 and a women's retreat in the fall of 1987. Archbishop Flores asked that the committee be sure to allow non-Catholics to attend as part of the community. With Joe Hayes as chairman, 10 committee members began developing talks, sacramentals, meditations and schedules for the weekends. The committee met each week while forming the retreat program and discussed choosing a name for the retreat, but there was never a consensus among them. One day Wallace Vaughn, one of the committee members, had a dream in which the Holy Spirit encouraged him to read Chapter 2, verses 42-47of the Acts of the Apostles. This selection from Acts describes what the committee wanted to achieve on a retreat weekend. He also felt the Holy Spirit wanted the retreats to be called 'ACTS,' and thus the name was born. The acronym of ACTS came to mean Adoration, Community, Theology and Service, which is today the precept of these retreats. Nearly all who have experienced an ACTS retreat feel truly blessed by God through the guidance of the Holy Spirit." The Cursillo Retreat is a wonderful weekend experience and, true to its name, is a remarkable "Short Course" in the Catholic faith. Although the ACTS retreat was modeled after Cursillo, there are some major differences, most notably in focus and in emphasis. Cursillo Retreats are strictly for Catholics, and always reach out to the general population to form team and recruit retreatants. ACTS Retreats are open to all faiths and generally are directed primarily to those within a parish. Another example of difference is that the Cursillo Retreat is very structured and provides very little flexibility. The ACTS Retreat, on the other hand, represents the wishes of the Director and team in selection of presentations. No two ACTS retreats are exactly alike. There are certain events that are required but each retreat is unique because of the individuality of each team. The ACTS and The Cursillo Retreats do the work of the Holy Spirit and both are needed. The ACTS Movement shall always be grateful to the Cursillo Movement for its beginnings and its foundation. The ACTS retreat has gradually become a Parish Weekend Retreat patterned after the description of the early Church in the Acts of the Apostles (ACTS 2:42-47); breaking bread together, worshipping together, receiving instruction together, sharing in common, and reaching out in loving service. After the Weekend, participants are encouraged to reach out to parish activities. ACTS does not want to be thought of as a "Group", but as parishioners that have been on a special retreat and now have a greater interest in parish ministry involvement. Many men and women too numerous to mention here have added much and continue to add to the ACTS Movement through the inspiration of the Holy Spirit. ACTS Missions was founded in 1997 to take the ACTS Retreat to new Parishes all over the world so that the ACTS Community would be alive in all parishes. ACTS has grown much since 1987, and is now in Alaska, California, Connecticut and Missouri, as well as all over Texas.

And the Lord was adding to their number day by day those who were being saved. -Acts 2:42-47

It was May 2006 when we were first approached by the ACTS Mission of Victoria to form a new ACTS Core. We called a meeting in the summer of 2006 inviting a group of people from several of the parishes in the new proposed Core. We met with representatives of the ACTS Mission of Victoria for guidance in the development of the new Core. It was at this meeting that Msgr. Stanley Petru signed up Holy Rosary Church at Hostyn to be responsible for the new Core. We began to investigate retreat centers in the area, but found none that filled our needs or budget as well as Cathedral Oaks. We also began looking for trailers from Fort Worth to Corpus, and from Austin to Houston, and everywhere in between. We found a used trailer that could be used for a luggage trailer. Two ACTS families donated the funds to purchase this trailer. We were able to purchase another new trailer for all of the equipment with funds donated from several other ACTS families. In this equipment trailer, shelving and storage facilities had to be constructed and installed. We began to gather other needed equipment and supplies. Also, there were many things that needed to be constructed to prepare for our retreats. It is a requirement of ACTS Missions that they will be responsible for the first four Mission Retreats. Since Msgr. Petru signed on to be responsible for the Core, each of these first four Mission retreats were hosted by Holy Rosary Church in Hostyn. Our first Mission Retreat, a Men's Retreat, was held in November, 2006. The first Women's Retreat took place in March, 2007, followed by another Women's Retreat in August, 2007. The second Men's Retreat was held in late September, 2007. After completing these initial four Missions Retreats, we met on October 15, 2007 and selected a Holy Rosary ACTS Community Core. This Core is comprised of representatives from several of the larger local parishes in the following communities: Columbus, Eagle Lake, Flatonia, Hostyn, La Grange, Mentz, Schulenburg and Weimar. Each of these parishes has one representative, and there is one person chosen to represent the smaller parishes in the area. Hostyn has two representatives, since they are the parish that is responsible for the Core. The Holy Rosary ACTS Community Core officially held its first retreat, a Women's Retreat, in March, 2008. 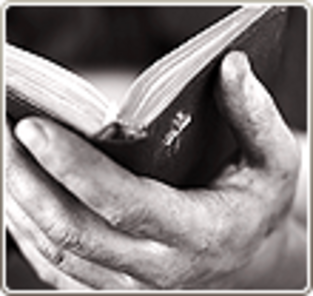